A road trip can be just about the best travel experience you can have with your friends or family. Road trips give you the flexibility to wander, the opportunity to discover off-the-beaten-track towns and sights, and the chance to enjoy travel at your own pace.

Road trips have become scarce these days. Until a few years ago, it was quite common for a bunch of people to just get together and take off on a drive across the country, having the time of their lives along the way. That was a time when the journey mattered as much, or even more as the destination itself.

Over the years, with the growth in air travel and busy work schedules, road trips have lost their appeal to most people. Most travelers today prefer to fly, in order to save time end up traveling to standard and more-often-than-not crowded tourist spots, elbowing fellow tourists out of their selfie frames.

Why visit run-of-the-mill destinations suggested by your travel agent, when you can embark on a road trip where you’re in full control of where you go, how you get there and what you do along the way!

So if you’re looking to embark on the adventure of your lifetime, here are 10 of the most beautiful and adventurous road trips around the world. 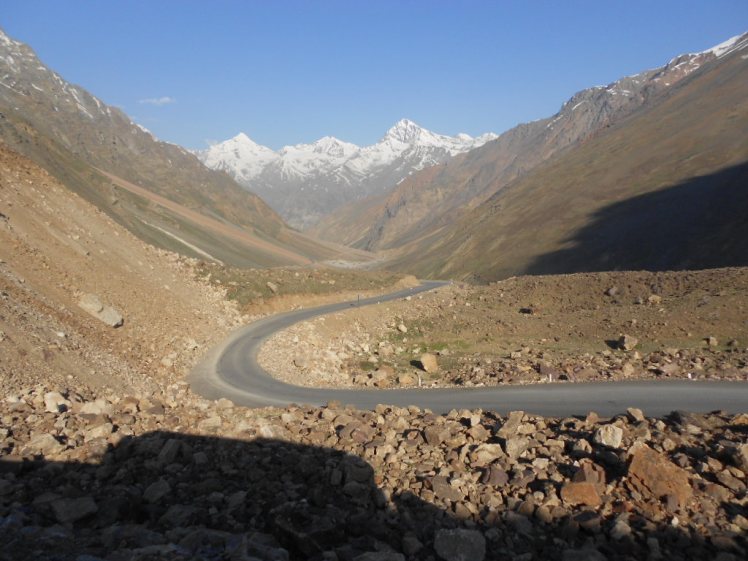 Going through winding roadways through mountain passes, you will be astonished at the environment that flourishes here. Practically touching the skies, the sheer height of the mountains here gives it a majestic look and feel. Scenic landscapes and amazing perspectives are highlights of this outing. June to September is the best time to go down this route. 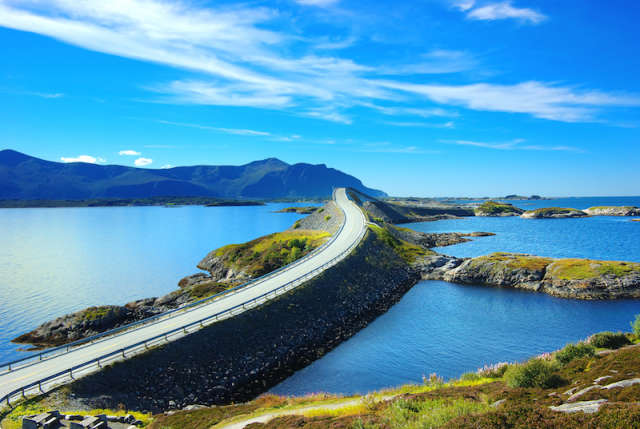 Atlantic Ocean Road is only around 5 miles, yet this short Norwegian street has a notoriety equaling probably even the most notable American routes for example, Route 66 and the Loneliest Road. Initially a toll-street, the thrill roller coaster-ish road has now more than paid for itself and is without toll today with a large number of drivers and motorcyclists basking in its twists, turns, and stunning views. When the weather is fair you may spot whales and seals, but it’s when the weather turns nasty that the Atlantic Ocean Road really becomes a photographer’s dream.

The Great Ocean Road, only an hour’s drive from downtown Melbourne, is an affair of a lifetime to feel the wilderness of Australia. For a few people, obviously, the Great Ocean Road is a destination in its own right; an uncommon opportunity to take on the open street. Others will utilize it as a reason to visit the superb Otway Ranges or investigate Australia’s bright nineteenth century oceanic history. Whether you need to see southern right whales and units of dolphins in the Southern Ocean or some of Australia’s backwoods adoring marsupials, this segment of the coast is a magnet for nature lovers. 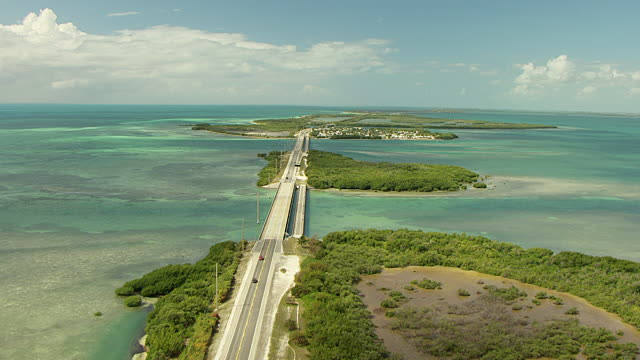 Never heard of it? Trust us, you’ve seen it in many vehicles advertisements (autos zooming over extensions spreading over wonderful territories of green-blue waters), in Arnold Schwarzenegger’s terrorist send-up True Lies and other car race spectacles. Affectionately known as the “Thruway That Goes to Sea,” The Overseas Highway is a standout amongst the lovely beautiful drives in America. It’s a standout amongst the grand drives on the planet. It’s for the most part over water, permitting you to appreciate the lovely landscape and the sea and obviously, the mind boggling dawns and nightfall when you’re driving.

Jasper National Parks, this radiant drive—one of the royal gems of western Canada—joins thrilling vistas of woods, bluff, and icy mass. The course takes after the Icefields Parkway, one of the world’s most staggering roadways, more remote north to Jasper. Along the route, search for elk, bears, and other wild animals; stop to take guided treks, visit noteworthy structures, and go to a camp fire talk. 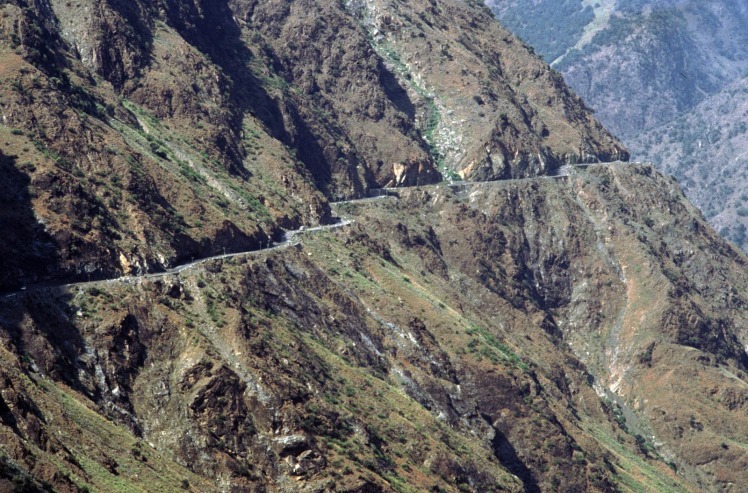 The KKH, as it’s known for tourists and local people alike, is constantly included on arrangements of the world’s most noteworthy road and built by joint operation of Pakistan-China government. It is an awesome achievement to drive through. It exists as opposed to the will of nature, which consistently conveys to manage seismic tremors, surges and avalanches on such human audacity.

The Passo Dello Stelvio is a mountain pass located in the Dolomites in Italy. At 2,758 metres, it’s the highest mountain pass. It’s got a lot of bends before the road levels out for a brief time, allowing us to choose whether to continue to the summit or turn left and descend to Switzerland. In the First World War, this pass was of strategic importance in the battle between the Austrian and Italian troops.

A sturdy climb that rises 1,240 metres, rocky limestones that have survived for a million years, and access to the UAE’s second highest peak, the drive to Jebel Hafeet is extremely gratifying. Jebel Hafeet is the United Arab Emirate’s highest point and offers amazingly scenic views of the adjacent desert, Oman and of the city of Al Ain. It has been recognised as ‘greatest driving road in the world. Make sure you take breaks at appropriate intervals to admire the stunning views of both the mountain and the surroundings. 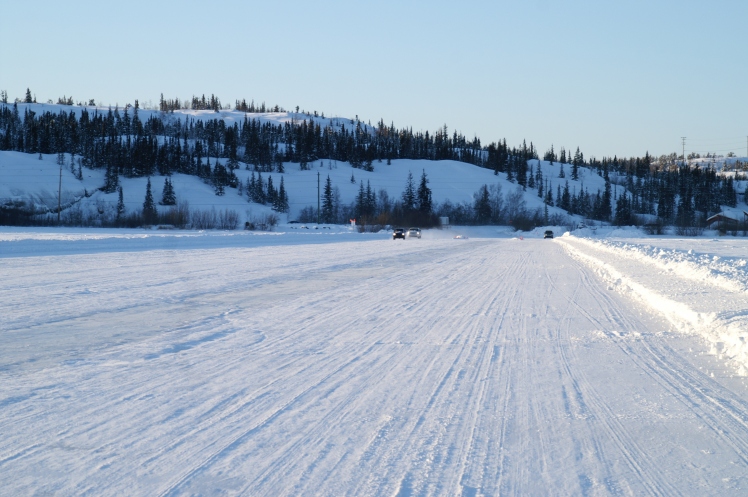 In the Arctic, roads are magical. They appear in the fall and melt in the spring. Others, buckled by permafrost, undulate in the snow. Many are invisible to the naked eye — caribou migration routes that exist only by instinct. During the sunless, frigid winter, the Arctic Ocean becomes one vast road for polar bears and snowmobiles. Amid these roads, a new one is being built, an 85-mile sliver topped with gravel in Canada’s Northwest Territories. It will link the town of Inuvik to the smaller village of Tuktoyaktuk, known locally as Tuk. It would be the only public highway to its shores and would fulfill a decades-old dream to link all three Canadian coasts — Atlantic, Pacific and Arctic.

Located in West Sumatra, Indonesia, “Kelok 9” or “9 curve-climbs” is a famous road linking Central Trans-Sumatra Highway and East Trans-Sumatra Highway. The spot is very scenic. The road is asphalted, making the drive definitely worth it. There are many excellent photo opportunities, so don’t forget your camera!

Explore the new way to travel!  MyTripKarma is the world’s first all-in-one social travel app, allowing you and your friends to easily plan, discuss, organise and book all your vacations, weekends and evenings in one place! Sign up today to start planning your next trip for free!